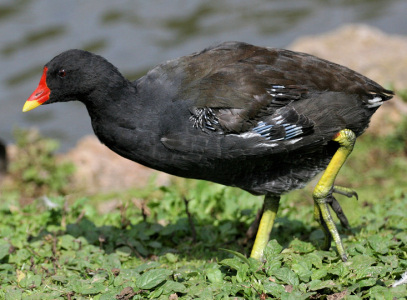 Appearance: - The Common Moorhen has a blackish head, neck, and mantle, reddish-brown eyes, a brown back, slate-grey undersides, with white under the tail, yellow legs and feet, and a distinctive red frontal face shield and beak, tipped with yellow. Both sexes look alike.