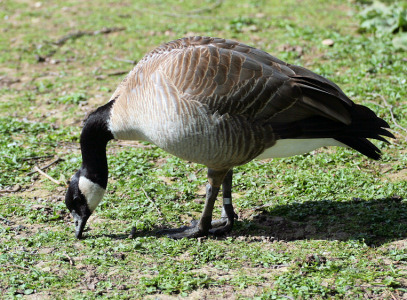 Appearance: - The Canada Goose has a black crown, front of head, and neck, with distinctive white cheek patches and chinstrap, light creamy-brown breast, grey-brown back, underparts from belly to tail are whitish, and the beak and legs are black. Both sexes are alike with the male usually slightly larger. It is very similar in appearance to the Cackling Goose.

Habitat/Range: - Lakes, rivers, ponds, reservoirs, and fields in North America. Winters further south in southern USA and north Mexico. Also introduced to the UK and Scandinavia where they have established large feral populations. 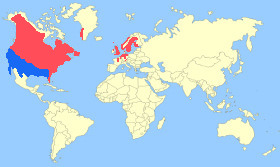