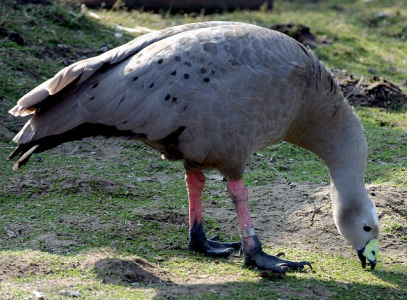 Appearance: - The Cape Barren Goose is a bulky goose with a pale grey plumage and small black spots on its wing feathers, the tail and flight feathers are blackish, a green-yellow cere on its short black beak, legs are pink and webbed feet are black. Both sexes are alike but the male is slightly larger. 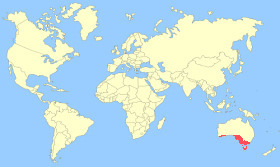 Breeding Season: - May to September.

Notes: - The Cape Barren Goose is also known as the Pig Goose as it makes a grunting sound like a pig. This goose has the ability to drink salty or brackish water which enables it to remain on offshore islands all year round. In the 1950s this goose was close to extinction, but steps have been taken to increase the population which bears captivity well, and has adapted to feeding on agricultural land. The breeding areas are grassy islands off the Australian coast, where this species nests on the ground in colonies. These geese feed by grazing and rarely swim.