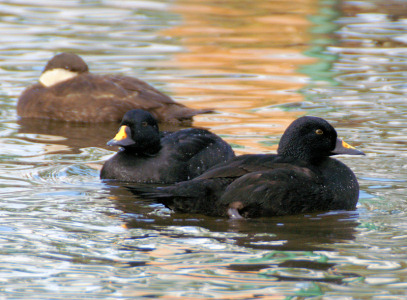 Habitat/Range: - Freshwater lakes, rivers, tundra, and woodland, wintering along the coast. Breeds in east Greenland, Iceland, northern UK, northern Europe, and northern Asia. Winters from UK and European coasts down to the west coast of Africa. 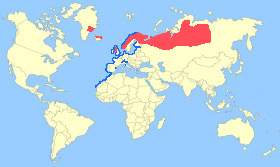 Breeding Season: - Late May to June.

Notes: - The Common Scoter is a large sea duck which form large flocks over coastal waters during the winter. Numbers have rapidly declined in the UK probably due to oil spills, and predators such as the mink. The American Black Scoter is sometimes considered to be a sub-species of the Common Scoter.