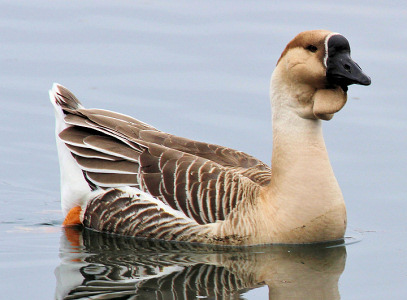 Domestic geese have been bred for thousands of years for their meat, eggs, and down feathers.

Domestic geese are larger and fatter than wild geese as they have been bred for meat and also lay many more eggs. They have a varied coloured plumage with many selected to lose their dark feathers resulting in many white domestic geese.

White geese have often been preferred as they look better plucked and dressed and white down feathers are better for stuffing pillows, cushions, bedding/clothing and other items.