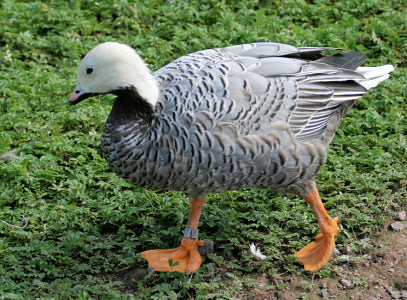 Appearance: - The Emperor Goose has a white head and neck, black chin and throat, short beak which is pink on top, black below, and bluish around the nostrils with white tip, the stout body is bluish-grey which is subtly barred, and the tail is white. Legs and feet are an orange-yellow colour. Both sexes are alike. 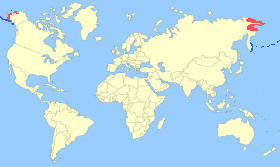 Notes: - The Emperor Goose belongs to the chen genus (White Geese). Although these geese are considered low risk at present, numbers have decreased. They are vulnerable to hunting and due to their limited range are at risk to local catastrophic events such as oil spills.