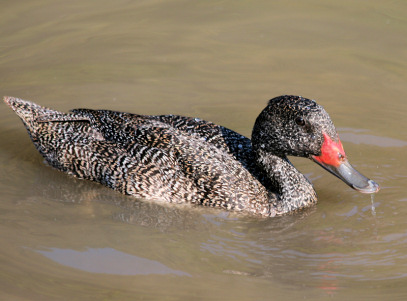 Appearance: - The Freckled Duck has an even greyish-brown plumage with small white freckles, slightly paler on the belly and underwing, a large head with a peaked crown, long narrow grey beak which is slightly turned up at the end, dark eyes, and the male, during the breeding season, has red at the base of the beak. Both sexes are similar. 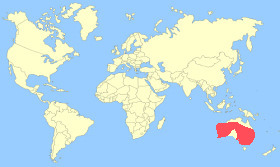 Breeding Season: - From September to December.

Notes: - The Freckled Duck is an Australian duck which feeds by dabbling in shallow water. Numbers are declining due to the loss of their wetland breeding grounds. This duck is protected by law in Australia.