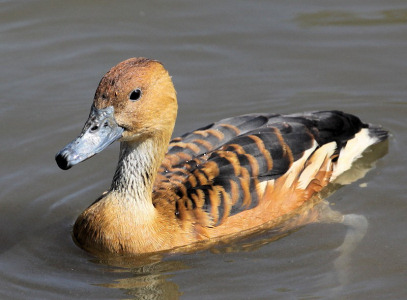 Appearance: - The Fulvous Whistling Duck has a dark crown which extends to the nape, pale buff face and neck, the wings and mantle are dark brown with black edged feathers,the breast and belly are rich fulvous, the creamy-buff flank feathers form a border between the sides and the back, tail-coverts are creamy white and tail is black, the eyes are brown, and the beak, legs, and feet are blue-grey. Both sexes are alike. 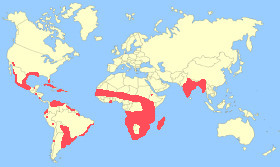 Notes: - The Fulvous Whistling Duck gets its name from from its colouring as 'Fulvous' means tawny. This Whistling Duck prefers to roost on the ground rather than perching in trees. Like other Whistling Ducks they have a noisy whistling call.