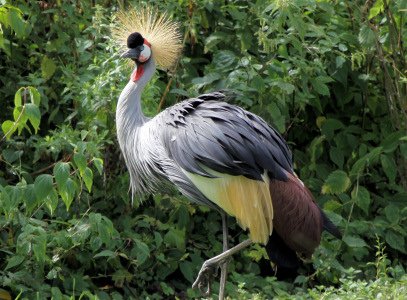 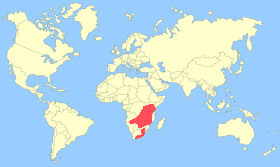 Notes: - The Grey Crowned Crane along with its close relative, the Black Crowned Crane, are the only Cranes to roost and nest in trees because of their long hind toe allowing them to grasp branches. In the breeding season it dances by bowing and leaping into the air, making a booming noise, and inflating its red inflatable throat poach (gular sac). The Grey Crowned Crane is the national bird of Uganda, featuring on the flag and coat of arms.