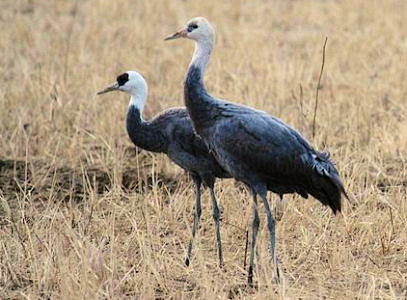 Appearance: - The Hooded Crane is more bulkier than other Cranes and has a mainly dark-grey body with a white head and upper neck, a bare red patch above the eye or on the forehead, the primary and secondary flight feathers and tail are black, and legs and feet are dark-grey. Both sexes are alike but male is usually slightly larger. 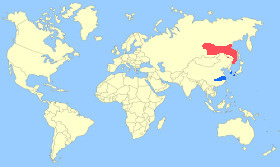 Notes: - The Hooded Crane is a relatively small and bulky Crane which is found in Asia. It is migratory with many wintering in southern Japan. Like other Cranes it will dance by bowing and leaping into the air during the breeding season. This Crane is listed as 'Vulnerable' on the IUCN Red List due to habitat loss.