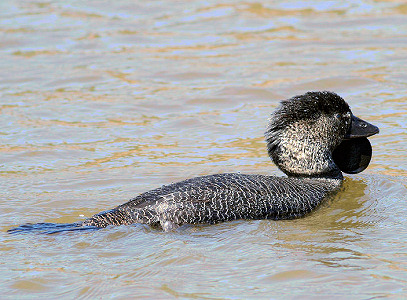 Appearance: - The male Musk Duck during the breeding season has a black crown and nape, slightly paler cheeks, brown eyes, a black stout beak with a large fleshy lobe underneath, the body is brown-black with a slight pinstripe plumage, a whitish abdomen, black tail and flight feathers, and legs and feet are blackish-grey. The female is very similar but smaller and without the fleshy lobe under the beak which is also missing on the male during its non-breeding plumage. 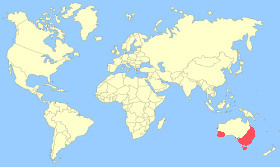 Breeding Season: - From July to January (mainly September to October) but varies depending on rainfall and water levels.

Notes: - The Musk Duck is an Australian stiff-tail duck. It likes to dive in deep water to feed and will rarely fly, preferring to stay in the water to escape any predators.