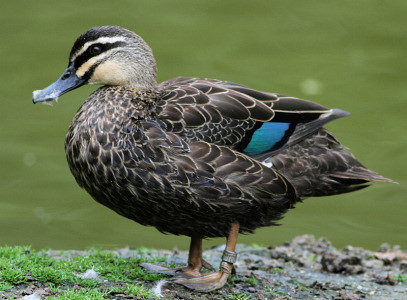 Appearance: - The Pacific Black Duck has a dark crown, pale head with black facial stripes - one broad eye-stripe and another thinner stripe from the base of the beak, grey beak, brownish-red eyes, the body has dark brown feathers edged in cream, flight feathers are brown, pale underwing, green speculum, and olive-grey legs and feet. Both sexes are alike but the female is usually smaller and paler. 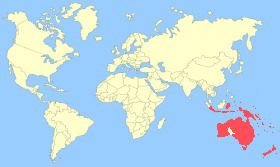 Breeding Season: - June to January in the south, and January to April further north.