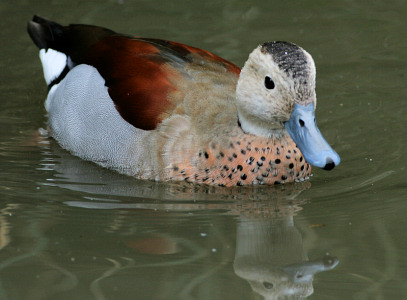 Appearance:
Male - The male Ringed Teal has a whitish face with a black band running from the top of the head down the nape, a deep chestnut-brown back, pale-grey flanks, a black speckled salmon coloured breast, black tail and white rump, a distinctive white patch on the wings, and iridescent green tertials. Both male and female remain colourful throughout the year, lacking an eclipse plumage.
Female - The female has a brown back, and brown face with white patches, pale barred chest and pale belly. Both sexes have a grey-blue beak with black tip, brown eyes, and the feet and legs are pink. 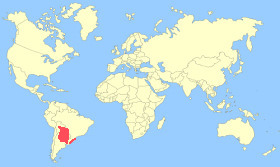