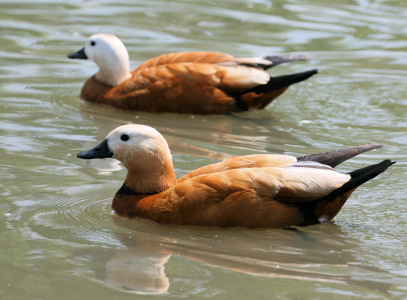 Appearance: - The male Ruddy Shelduck has an orange-brown body, black rump and tail, a creamy buff head and neck, paler on the face, blackish collar around the base of the neck, and the wings are white with black flight feathers. Females are similar but have a whiter face and lack the black collar around the neck. 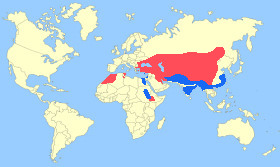 Breeding Season: - April to May.

Notes: - Ruddy Shelducks are aggressive ducks, especially in captivity. They are considered sacred by Buddhists because their colour resembles the robes that monks wear. It is also known as the Brahminy Duck in India.