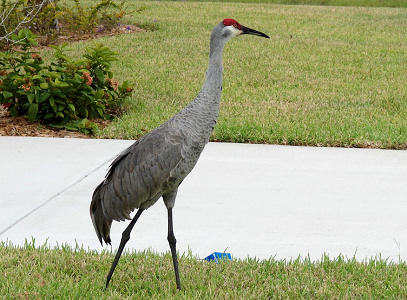 Appearance: - The Sandhill Crane is a large bird which has a light-grey plumage, although during the breeding season it can become stained with mud, a long neck, red forehead, white cheeks and chin, yellow eyes, long grey beak, and long dark-grey legs. Both sexes are alike.