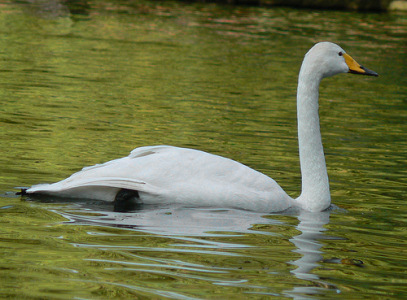 Food: - Aquatic plants, sedges, pond-weed which they can reach with their long necks, and they will also graze on grass when out of water. They will also eat animal matter such as insect larvae, tadpoles, small fish, small frogs, worms, and molluscs. 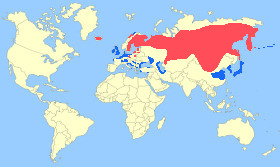 Breeding Season: - Late May in Iceland, or mid-June further north.

Notes: - The Whooper Swan is the Eurasian counterpart of the North American Trumpeter Swan. They are quite noisy birds with a deep honking call and despite their size are strong fliers.